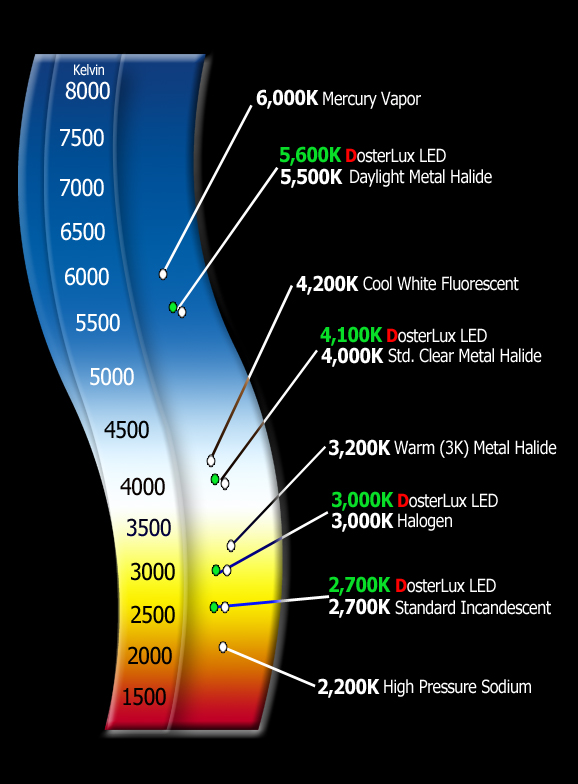 Warm light sources are traditionally used for applications where warm colors or earth tones dominate the environment, and where there is a need to impart a feeling of comfort, coziness and relaxation.

Cool light sources (5000K+) with high color rendering capabilities, such as Full Spectrum lights, are traditionally used for applications where there is a need to enhance all colors equally, such as retail stores to stimulate sales, or to increase productivity and reduce errors within the office environment and to motivate the customer or employee through enhanced “see-ability”.

The color appearance of various light sources therefore can be defined in terms of Color/Kelvin Temperature, measured in “degree” Kelvin (K)

The DosterLux LED family is a high performance SMD LED ARRAY fixture line designed specifically for landscape lighting. Our wattages range from 1 – 56 Watts, and 2700 – 6000 Kelvin. We recommend 4100 or 4900 Kelvin for Landscape lighting.

Our SMD LED ARRAYS produce 100 Lumens per Watt (LPW). This extreme efficacy allows the use of lower wattages and 85% energy savings all while delivering more usable light than you had before.